To share your memory on the wall of Hershel Leon Lloyd, sign in using one of the following options:

Graveside services will be held at 2:00pm Saturday, December 12, 2020 at McGehee Cemetery.
In lieu of flowers, memorials can be made to First Baptist Church of McGehee, P.O. Box 133, McGehee, AR 71654, or American Parkinson’s Disease Association, 135 Parkinson Ave., Staten Island, NY 10305, or online at apdaparkinson.org
Read Less

To send flowers to the family or plant a tree in memory of Hershel Leon Lloyd, please visit our Heartfelt Sympathies Store.

We encourage you to share your most beloved memories of Hershel Leon here, so that the family and other loved ones can always see it. You can upload cherished photographs, or share your favorite stories, and can even comment on those shared by others.

Posted Dec 13, 2020 at 11:42am
So sorry to hear of the passing of Leon. Our prayers go out to all the family during this time of loss. Ann and I are fortunate to have known you Loyds during our two times to live in McGehee. We cherish that friendship. Leon will be missed by us all but we have comfort in knowing he is now in a better place. May God bless and comfort all the family during this sad time.
Jerry & Ann Carlton
Fayetteville, AR
Comment Share
Share via:
PB

Posted Dec 11, 2020 at 08:26am
We are so sorry for the loss of your sweet Dad and husband. He will always be remembered as such a gentleman. We love you and will continue praying!

Posted Dec 10, 2020 at 03:12pm
Sondra and family we are so sorry for your loss. Leon was a very good man and will be sorely missed by this community. Keeping you in our prayers during this difficult time. John and Theresa McGaha
Comment Share
Share via:
JS

Posted Dec 10, 2020 at 09:56am
We are so sorry to hear about Leon's passing. He was a great, great man and will certainly be a loss not only to his immediate family but to McGehee. I know he touched a lot of peoples lives, but I know pesonally of the way he touched my mom and our family's lives. This man will have many jewels in his crown. May you rest in peace Leon and heartfelt sympathies to the family. We love you all
Comment Share
Share via: 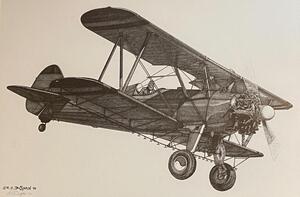