To share your memory on the wall of Wendell Glosup, sign in using one of the following options:

He is preceded in death by his parents and his sister, Bennie Ruth Glosup Foster. Survivors include his daughters, Carol Glosup of McGehee, AR and Lisa Glosup Fitch and her husband, Ray of Beebe, AR; sister, Judy Bunting Warrick of Alexander, AR; brother, Mickey Bunting of North Little Rock, AR; grandchildren, Andrew, Katlyn and Jason Davidson and Virginia Vencill.

A celebration of life service will be announced by the family at a later date. Memorials may be made to Paws and Claws of McGehee, P.O. Box 238, McGehee, Arkansas 71654.
Read Less

Print
A celebration of life service will be announced by the family at a later date.

We encourage you to share your most beloved memories of Wendell here, so that the family and other loved ones can always see it. You can upload cherished photographs, or share your favorite stories, and can even comment on those shared by others.

Posted Feb 15, 2021 at 01:12pm
I was saddened to hear of this loss. Wendell was in my grade at McGehee Public school and was usually quiet. When he said something, it was good and funny. I remember other boys getting him into mischievous trouble; they were his neighbors on Chickasaw road. Mrs. Chambers, in the fourth grade, sat a few tacks because of these boys, until she finally caught on. In the sixth grade, Mrs. Weatherall, the music teacher, suffered from spitball on the portraits of Mozart and Beethoven. But Wendell was harmless and sure made it fun if you were in his class.
The last time that I saw him as a teenager was in Cooper's gas station parking lot on 2nd street. He was emerging from the trunk of Steven French's vehicle, laughing! Good times! He had been stuck there and was relieved to escape.
The last time that I saw him was at our 1976 Reunion in McGehee. He sat at the table with Tricia, Nancy and the Cooper's, enjoying it all. He was quiet then but was proud to show some pictures of daughters and granddaughter who he loved.
Rest in peace, until we see you again in heaven, Wendell,
Jill Avery Cazort, Lakeland, Florida
Comment Share
Share via:
L

Posted Feb 13, 2021 at 10:38pm
The world has lost an amazing person. I miss you so much with every day that goes by. Daddy, my life is just not the same knowing that I will never see you, hear your voice or get wrapped up in one of your dad hugs again. I’m trying but it’s so hard.
Comment Share
Share via:
JS

Posted Feb 09, 2021 at 12:02pm
this news really breaks my heart. This world needs more good men such as Wendell. McGehee has lost a great man
Comment Share
Share via: 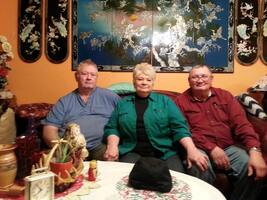 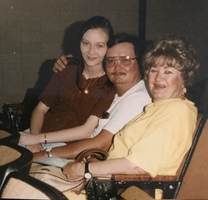