To share your memory on the wall of Herman Harmon, sign in using one of the following options:

He enjoyed hunting, fishing, trapping and telling hunting stories. He loved spending time with his family, especially his grandchildren and great-grandchildren. He was a member of Family Worship Center.

Other than his parents he was preceded in death by brothers, Henry L. Harmon and Leon Harmon; sisters, Lois Harbin and Pauline Harmon.

Visitation will be 1-2 pm Friday, March 26, 2021, at Griffin-Culpepper Funeral Service in Lake Village, AR. Funeral service will follow at 2 pm at the Funeral Home Chapel with Rev. Harold Yandell officiating. Burial will be at Old Union Cemetery.
Read Less

To send flowers to the family or plant a tree in memory of Herman L. Harmon, please visit our Heartfelt Sympathies Store.

We encourage you to share your most beloved memories of Herman here, so that the family and other loved ones can always see it. You can upload cherished photographs, or share your favorite stories, and can even comment on those shared by others.

The Vornado Family sent flowers to the family of Herman L. Harmon.
Show you care by sending flowers

In Loving Memory of our PaPaw, the Family of HLH Jr.

3 trees were planted in the memory of Herman Harmon

Posted Mar 25, 2021 at 08:25pm
Great memories of our church buddy who always had some humorous quip to say as we passed coming in to church. Love he and his family.

Flowers were purchased and a memorial tree planted for the family of Herman Harmon. Send Flowers

Flowers were purchased for the family of Herman Harmon. Send Flowers

The Vornado Family purchased the Vivid Recollections for the family of Herman Harmon. Send Flowers 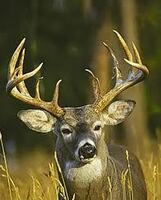