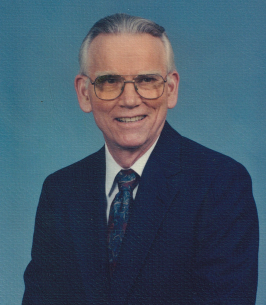 Hendrix Earl “Henny” Crabtree, 95, of Eudora, Arkansas, passed away at his home March 27, 2021. He was born July 5, 1925, in Lake Village, Arkansas, to Talmage and Lillian Dunn Crabtree.
He is preceded in death by his parents; his wife of 68 years, Frankie Jennings Crabtree; their daughters, Rhonda Crabtree Brown and Pamela Ruth Crabtree; and his siblings, John Robert Crabtree, Talmage Leroy “Bill” Crabtree, Katherine Alta Crabtree, Douglas Franklin “Doug” Crabtree, and Fletcher “Wray” Crabtree.
Henny is survived by his daughter, Sara Beth Crabtree Bradley (Brent); his son-in-law, Tommy Brown; his grandchildren, Bob Brown, Meagan Brown Moyers (Greg), Kristian Smith, Katie Smith, and Emma Bradley; great-grandchildren, Garrett Moyers, Ava Moyers, and Sadie Lynn Moyers as well as a host of brothers-in-laws, sisters-in-law, nieces, nephews, and cousins.
Henny graduated from Eudora High School in 1942 as Valedictorian of his class. After high school, he joined the Navy, where he served as a U.S. Navy Sea Bee, Machinist Mate/Second Class during World War II. After serving in the Navy, he attended the University of Oklahoma, where he earned a BS in Pharmacy in 1950. After graduating college, he moved back to Eudora, where he married the love of his life, Frankie Jennings Crabtree, on March 2, 1952, and raised their family. They purchased the Eudora Drug Store and worked alongside each other for 44 years until his retirement in 1996. He was a member of the Eudora Baptist Church where he served as a Sunday School teacher and deacon for many years. He was passionate about his yard and garden and would spend hours tending the plants until Frankie would call him in with a “Woo-hoo, Hey Hun” for lunch or supper. They were truly an inseparable pair and you hardly ever saw “Hun” or “Shug” without the other. In their later years you could find them tootling around on one of their morning or afternoon rides. Their marriage and devotion to each other was an example for all.
The funeral service will be held Tuesday, March 30, 2021, at 11:00AM at the Mt. Carmel Cemetery Pavilion in Eudora, Arkansas, under the direction of Griffin-Culpepper Funeral Home with Brother Jimmy Wallace officiating. There will be a time of visitation with the family directly preceding the service starting at 10:30AM. Pallbearers will be Tommy Brown, Bob Brown, Brent Bradley, Greg Moyers, Clay Reeves, Kyle Hill, Ryan Hill, Cole Norris, Vance Costello, and Adam Costello.
In lieu of flowers, donations can be made to the Arkansas Children’s Hospital, P.O. Box 2222, Little Rock, AR 72203 or Mt. Carmel Cemetery Association, P.O. Box 164, Eudora, AR 71640.