To share your memory on the wall of Jimmy Glen Parkerson, sign in using one of the following options:

Before settling in Dermott, he served in the U.S. Army and worked in the forestry industry, spanning roles in fire tower surveillance and paper mill production. He settled in Dermott after working as a CPA in Pine Bluff. He was a retired Certified Public Accountant (CPA) and an owner and senior partner in the Ralph McQueen and Co., LLC accounting firm.

He loved being involved in church ministry, serving as a deacon and treasurer in the Dermott Baptist Church and Tillar Baptist Church. His activities as a Gideon, Royal Ambassador leader, Team Kids coach, Sunday School teacher, and Youth Group leader have positively influenced countless young lives.

He has been a pillar of the Dermott and southeast Arkansas communities for many decades. He served as a member and leader of the Dermott Chamber of Commerce, Mainline Clinic Board, Chicot Memorial Medical Center Board of Governors, Dermott Rotary Club, Lion’s Club, and Dermott School Board. He was distinguished as Dermott’s Man of the Year in 1979.

He was the voice of Dermott Rams football in the 1980s and 1990s and founded the Dermott summer baseball program. He and his wife launched the Dermott Historical Museum and the Dermott Community Theatre program. He worked with the Dermott Crawfish Festival for years, coordinating events and serving crawfish dinners. He was active in local and state politics and was appointed by the Arkansas Governor to serve as Justice of the Peace and member of the Chicot County Quorum Court. He served on the governing bodies of the Arkansas Delta Byways Association, Veasey Scholarship Foundation, and Arkansas Community Foundation. He even played Santa for many years in Dermott and the nearby town of Tillar. His impact on the Delta will be felt for decades to come and beyond.

He loved the Delta landscape – with the brilliant sunsets, fertile fields and flat lands that last forever. He was a Master Gardener with a keen sense of growing things. In recent years, his cooking and canning skills ranged from fried green tomatoes to fig preserves and award-winning pickled okra.

Above all, he was a dedicated husband, father, and friend. With Janice, his beloved wife of 53 years, he raised three children and enjoyed the blessing of four grandchildren. He never missed an opportunity to play baseball in the front yard, go for a horseback ride, or (with a twinkle in his eye) convince you he had just won a round of Skipbo.

Visitation is from 5-7 p.m. Friday, June 25, at Griffin-Culpepper Funeral Service in McGehee, Ark. Graveside service and celebration of life will be held at the Dermott Cemetery at 10 a.m. on Saturday, June 26. Memorials may be made to: Jimmy and Janice Parkerson Memorial Fund, Arkansas Community Foundation, 5 Allied Drive, Suite 51110, Little Rock, AR 72202 or online at www.arcf.org/parkerson.

To send flowers to the family or plant a tree in memory of Jimmy Glen Parkerson, please visit our Heartfelt Sympathies Store.

We encourage you to share your most beloved memories of Jimmy Glen here, so that the family and other loved ones can always see it. You can upload cherished photographs, or share your favorite stories, and can even comment on those shared by others.

Flowers were purchased for the family of Jimmy Glen Parkerson. Send Flowers 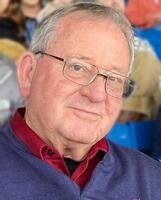