To share your memory on the wall of Carolyn Sue Austin, sign in using one of the following options:

The family would like to say a special thank you to Sherry Ferguson, Nita Bargen, Jamie Rollins and Hospice Homecare for the great care they gave Momma Sue.

To send flowers to the family or plant a tree in memory of Carolyn Sue Austin, please visit our Heartfelt Sympathies Store.

We encourage you to share your most beloved memories of Carolyn Sue here, so that the family and other loved ones can always see it. You can upload cherished photographs, or share your favorite stories, and can even comment on those shared by others.

Posted Jul 20, 2021 at 11:21am
Praying for peace and comfort for you and your family during this difficult time, Leigh.

Flowers were purchased for the family of Carolyn Sue Austin. Send Flowers

Posted Jul 19, 2021 at 09:13pm
I may not be there in person but know am with you there in spirit! Your in my thoughts and prayers!! With Love Krestas Bling 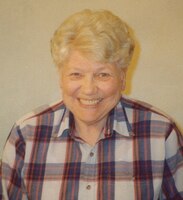