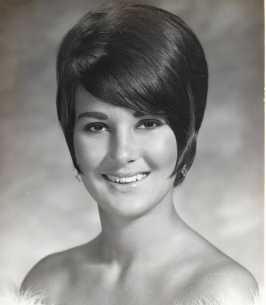 Sandra Kaye Bennett, 74, of Fayetteville, AR, formerly of Dumas and Heber Springs, AR passed away Thursday, May 26, 2022. Sandy was born on September 5, 1947 to the late Henry Firestone and Charline Firestone. After growing up in North Little Rock, Sandy attended the Arkansas State Teachers College in Conway, where she earned her Masters in Education. She spent her entire career as an educator, both in the public-school system and the Arkansas Department of Education. Additionally, she was an advocate for animal welfare and devoted much of her time to various humane organizations.
Sandy’s greatest joys came from taking cross-country road-trips with her husband, family gatherings and high-stakes card games with her friends.
In addition to her parents, she was preceded in death by her husband, William L. Bennett. Survivors include her son, Brad (Jennifer) Bennett of Fayetteville, AR; brother, Bruce Firestone of CA; sister, Kelli Franks of Springdale, AR.
No services will be held at this time.