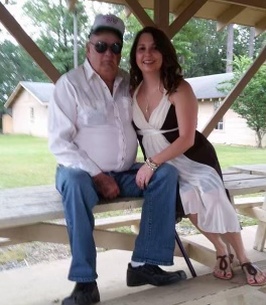 Elmer Eugene Cessor, 76, of Dermott, Arkansas passed away Thursday, June 9, 2022 at Baptist Medical Center in Little Rock, AR. He was born July 10, 1945 in Dermott, AR to the late J. T. Cessor and Pauline Steel Cessor. Elmer was never a man of many words, but if he loved you, you knew it. He made a great impact on many people throughout his 76 years. He was a longtime truck driver. Elmer liked to build things out of wood. He enjoyed the outdoors, horse trading, gambling, playing dominos, fast cars, riding the levee and eating crawfish. His CB handle was “Purple Heart.” Elmer was a big Elvis and John Wayne fan. He loved watching western movies and drinking coffee.
Other than his parents, he was preceded in death by his sister, Lucille Barajas and sisters-in-law, Kay Cessor and Denise Cessor. Survivors include his sons, Danny (Sherry) Cessor of McGehee, AR and Michael (Gloria) Cessor of Lancaster, South Carolina; daughters, Jennifer (David) Milholland of Harrison, AR, Joshua “Sam” (DeWayne) Bittle of Collins, AR, Priscilla Cessor (Kris Bittle) of McGehee, AR and Angela Cessor of Dermott, AR; brothers, Howard Cessor of Lake Village, AR and Travis Cessor of McGehee, AR; sisters, Rosie (John) Tullos of Rayville, LA and Kathy Ellingburg of Monticello, AR; 17 grandchildren and 8 great-grandchildren.
We would like to thank everyone for coming to show your love and support for our dad. Dad, although you are gone for now, this is not goodbye, it’s see you later. We love you so much.
Visitation will be held at 1:00-2:00pm Sunday, June 12, 2022 at Griffin-Culpepper Funeral Service in McGehee, AR. Funeral services will follow at 2:00pm at the funeral home chapel with Rev. Kenny Culpepper officiating. Burial will be held at Dermott Cemetery.