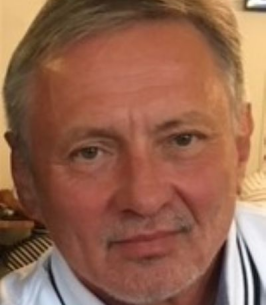 Robert Lamar (Marty) Daniels, Jr. 60, of Little Rock, passed away Monday, June 20, 2022. He was born December 17, 1961 in Monticello, Arkansas. Marty was a 1980 graduate of McGehee High School, then went on to successfully start and successfully manage his own recruitment company, DanMar Inc. He was a beloved husband and father, and leaves behind his wife Carol of nearly 24 years and his son Zachary, whom he loved more than anything. Marty was preceded in death by his grandparents Mr. and Mrs. Walter Griffin, and Mr. and Mrs. Elmo Daniels, a loving step-mother, Katie Daniels and step-father, Kenneth Rogers and his father, Lamar Daniels. He also leaves behind his mother, Margaret Rogers of McGehee, brothers John Daniels (Kerri) of Little Rock, Mike Rogers of Little Rock, Blake Rogers (Misty) of Lake Village, and Keith Zieman (Jane Ann) of McGehee; his sisters Dawne Wood of Little Rock, Brandi Anthony (Keith) of McGehee, Candace Howard (Eric) of Monticello, his brother-in-law Richard Blair (Christy) of Maumelle, his mother-in-law Maria Blair of Maumelle, many nieces and nephews whom he loved very much, his extended family and many dear friends. He will be greatly missed and remembered, especially by his son Zach, who was the light of his life and his best friend.